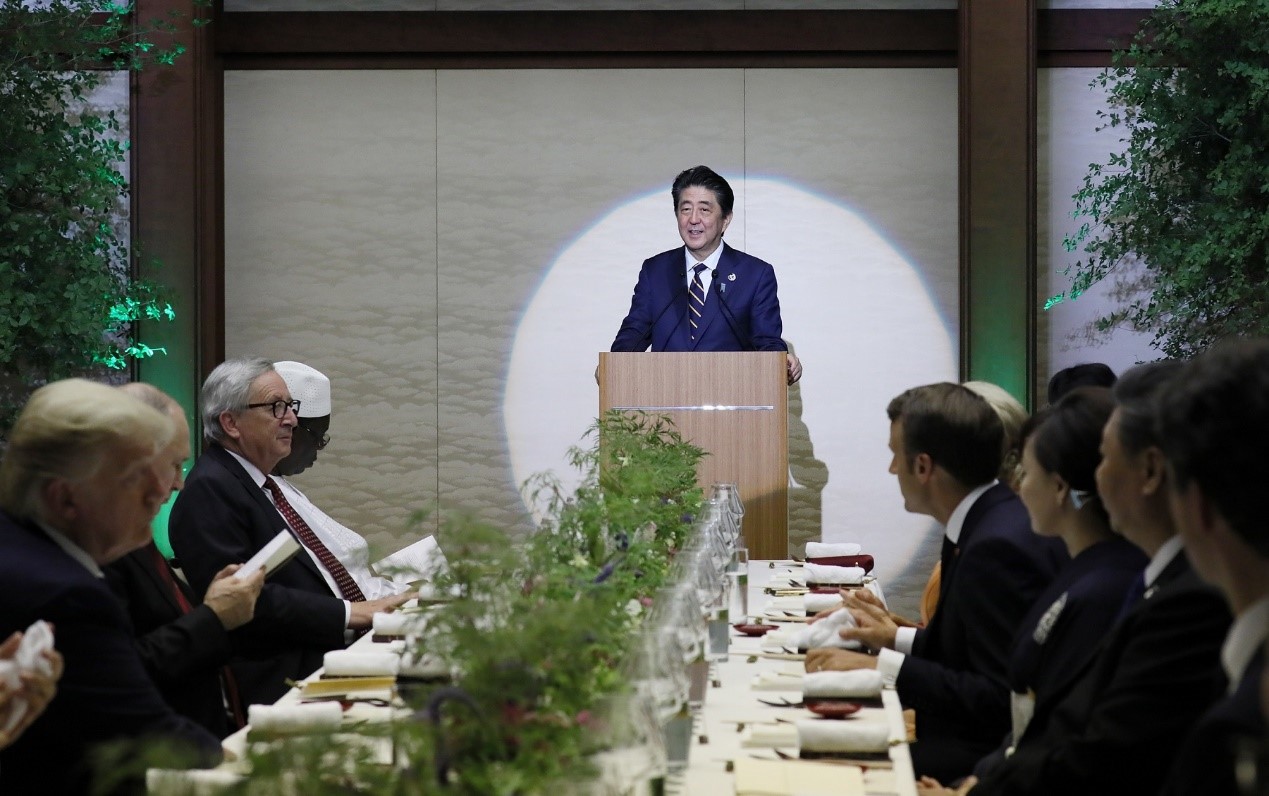 Mr. Abe clearly and consistently identified China as a threat to the rules-based order and tried to defend Taiwan against Chinese aggression. With Mr. Abe’s death, the world lost an important leader. From now on, we must make a greater effort to find a vision and make those ideas a reality without him. Picture source: Cabinet Public Affairs Office, Japan, June 28, 2019, Cabinet Public Affairs Office, Japan, https://www.kantei.go.jp/jp/98_abe/actions/201906/28g20.html.

Since the assassination of former Japanese Prime Minister Shinzo Abe in July, the democratic world has acknowledged how influential he was to world history. Mr. Abe clearly and consistently identified China as a threat to the rules-based order and tried to defend Taiwan against Chinese aggression. This article focuses on the three strategic repercussions of Mr. Abe’s assassination as it relates to Taiwan.

First, Mr. Abe saw the connectivity between Japan’s defense and Taiwan’s defense. As he said in 2021, “A Taiwan emergency is a Japanese emergency, and therefore an emergency for the Japan-US alliance.” This remark explained the situation very clearly. Japan’s Yonaguni Islands are located 111km east of Taiwan. If China tried to attack Taiwan or cut the supply lines between Japan and Taiwan, China would need to attack and deploy military forces within the territories of Japan or the exclusive economic zone (EEZ) of Japan. And this is not just speculation: on August 4, five Chinese-launched missiles landed within the EEZ of Japan.

Mr. Abe therefore sought a “strong Japan” to counter China. In 2007, in a speech to the Indian parliament, he declared, "A strong India is in the best interest of Japan, and a strong Japan is in the best interest of India." His goal was to enhance Japan’s defense capabilities to deal with an increasingly assertive China. For example, Japan is currently in the process of acquiring counterstrike capability. There is a possibility that Japan’s submarines will eventually possess long-range cruise missiles. This policy started when Mr. Abe was prime minister.

If China tried to invade Taiwan, it would need to prepare dumps of ammunition and rations for large landing forces. It would also need large naval air and missile forces to invade. U.S. and Japanese long-range missiles could attack these dumps, naval ships, airports, and missile-launching bases to prevent a Chinese invasion. Mr. Abe has contributed to defending Taiwan by enhancing the defense capability of Japan.

Second, Mr. Abe was a strategist who had both the vision and skills to materialize his goals. He was a pioneer of new regional security arrangements, including the Quadrilateral Security Dialogue (QUAD) between Australia, India, Japan, and the U.S. He was also responsible for the concept of the “Indo-Pacific,” which, unlike the earlier “Asia-Pacific” designation, wrapped India into its fold. Mr. Abe’s remarks to the Indian parliament in 2007, titled, “Confluence of Two Seas,” introduced these ideas (even if he did not use those exact labels). Mr. Abe knew that if the new arrangements included India, they could form the basis of a counter-China strategy. The “Indo-Pacific” includes all countries that suffered from the expansionist territorial claims of China. The QUAD is a group of all influential countries in the Indo-Pacific except China. Mr. Abe explained his thinking in his article, “Asia’s Democratic Security Diamond,”where he clearly explained that the QUAD was formed as part of a counter-China strategy.

Also, if the U.S., Japan, Australia, and India cooperate on security matters, China will need to divide its military expenditure in multiple directions. For example, if China concentrates its air force and missiles (and the corresponding budgets) against India, it cannot deploy the same air force and missile assets (and corresponding budgets) against Taiwan and Japan. If the U.S., Japan, Australia, and India all possess strike capability against China, China would need to allocate more of its budget to defense—not just for offense. Recently, Japan has made plans to add submarines to its arsenal that have launch long-range missile capability. Australia is planning to modify its conventional submarine to launch tomahawk cruise missiles. And India is testing many cruise missiles, including hypersonic missiles. The QUAD is really progressing militarily. Mr. Abe’s contribution in introducing the idea of the QUAD has had a big impact.

Third, Mr. Abe’s mindset was global. China is expanding its influence worldwide by funding infrastructure projects in poorer counties, creating dependency on its supply chains and markets. This is the Belt and Road Initiative (BRI), and Mr. Abe tried to stop it. For example, when China proposed the Sonadia port projects in Bangladesh, Japan countered with its own proposal, the Matarbari port project, in a similar location. Bangladesh ultimately chose Japan’s Matarbari port project. Mr. Abe also started infrastructure projects to connect India and Southeast Asia in order to neutralize China’s influence and wean Southeast Asia off its dependence on China. Most importantly, Mr. Abe encouraged European countries to realize that the threat of China was critical, even if they were far away from the Indo-Pacific. NATO countries like the UK, France, Germany, the Netherlands, and Canada have dispatched their naval ships to the Indo-Pacific.

Former Prime Minister Shinzo Abe had a grand-scale vision to counter China and the skill to materialize that vision. During his terms as prime minister, the U.S. adopted the concepts of the “Indo-Pacific” and the QUAD as their strategy. Australia, India, Southeast Asia, and European countries also started to use these terms. Mr. Abe was successful in persuading them to accept the idea. And he recently published the article, “US Strategic Ambiguity Over Taiwan Must End,” to persuade the U.S. to help defend Taiwan. With Mr. Abe’s death, the world lost an important leader. From now on, we must make a greater effort to find a vision and make those ideas a reality without him.

(Dr. Satoru Nagao is Fellow (Non-Resident) at The Hudson Institute.) 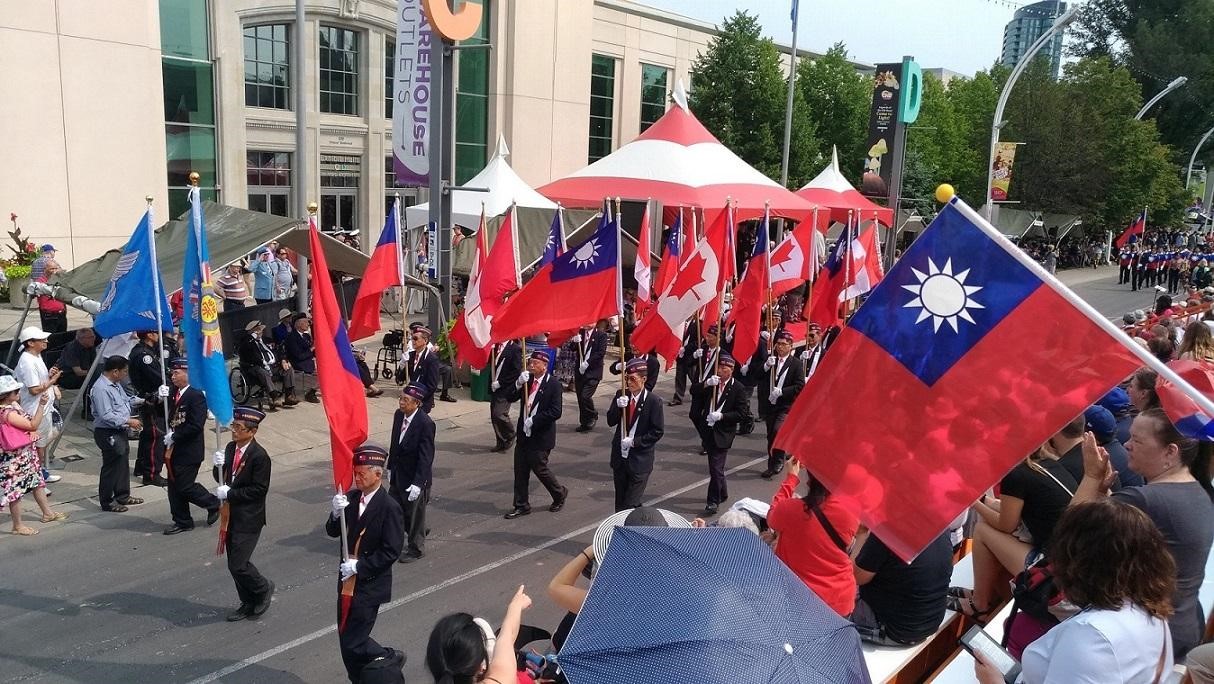 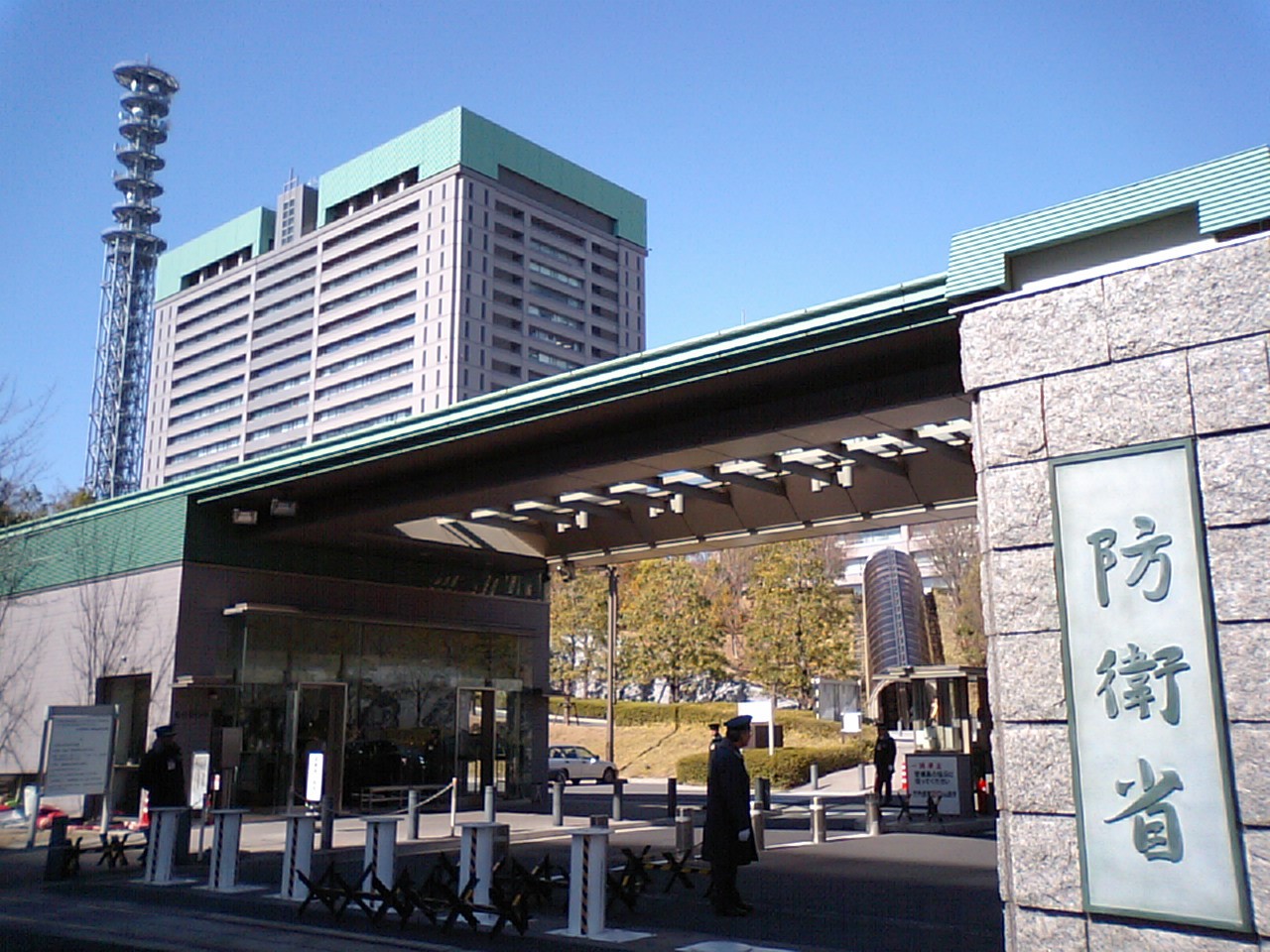 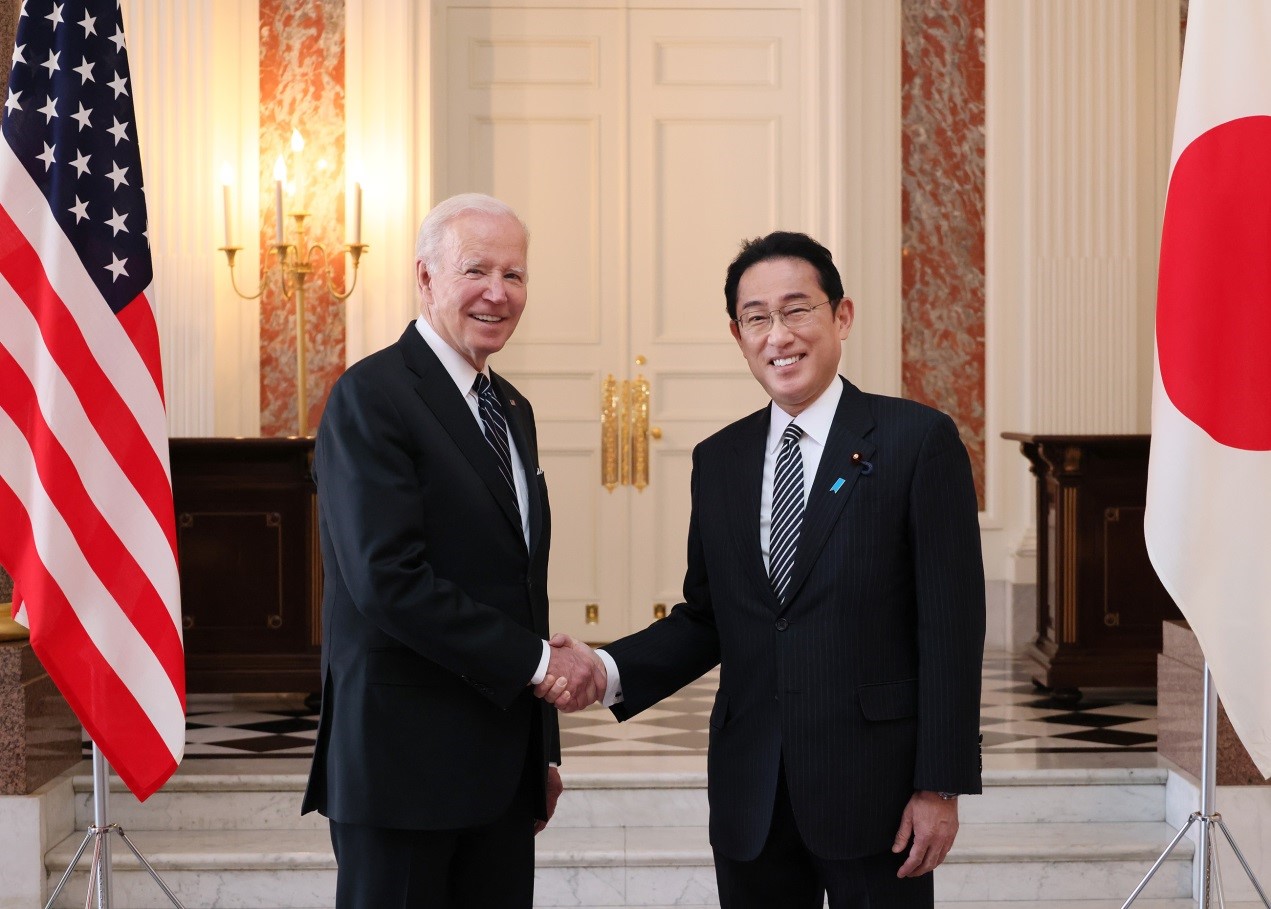 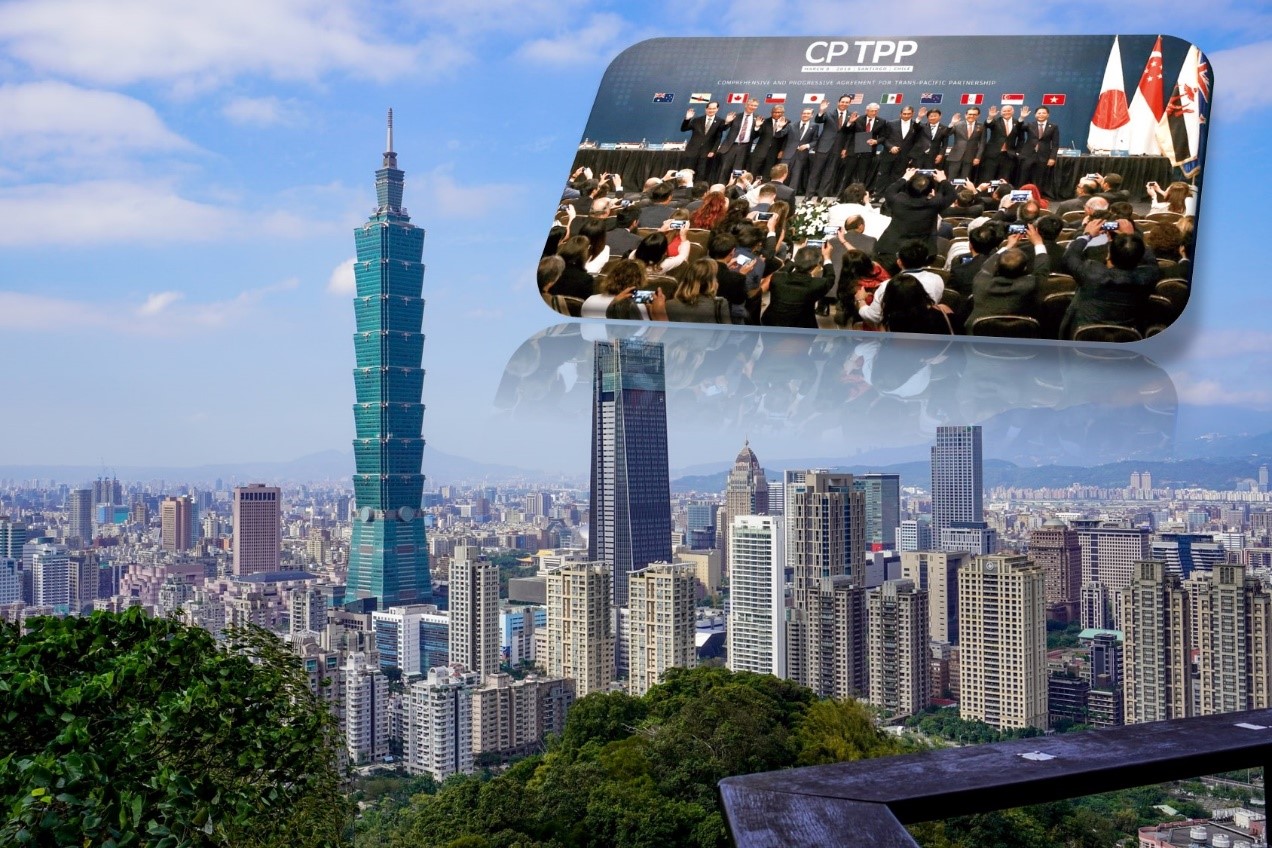 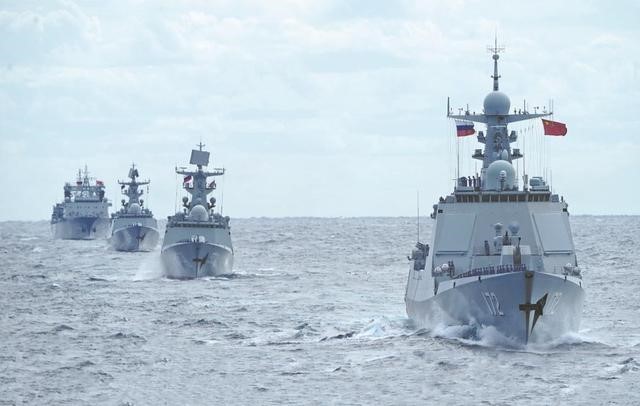 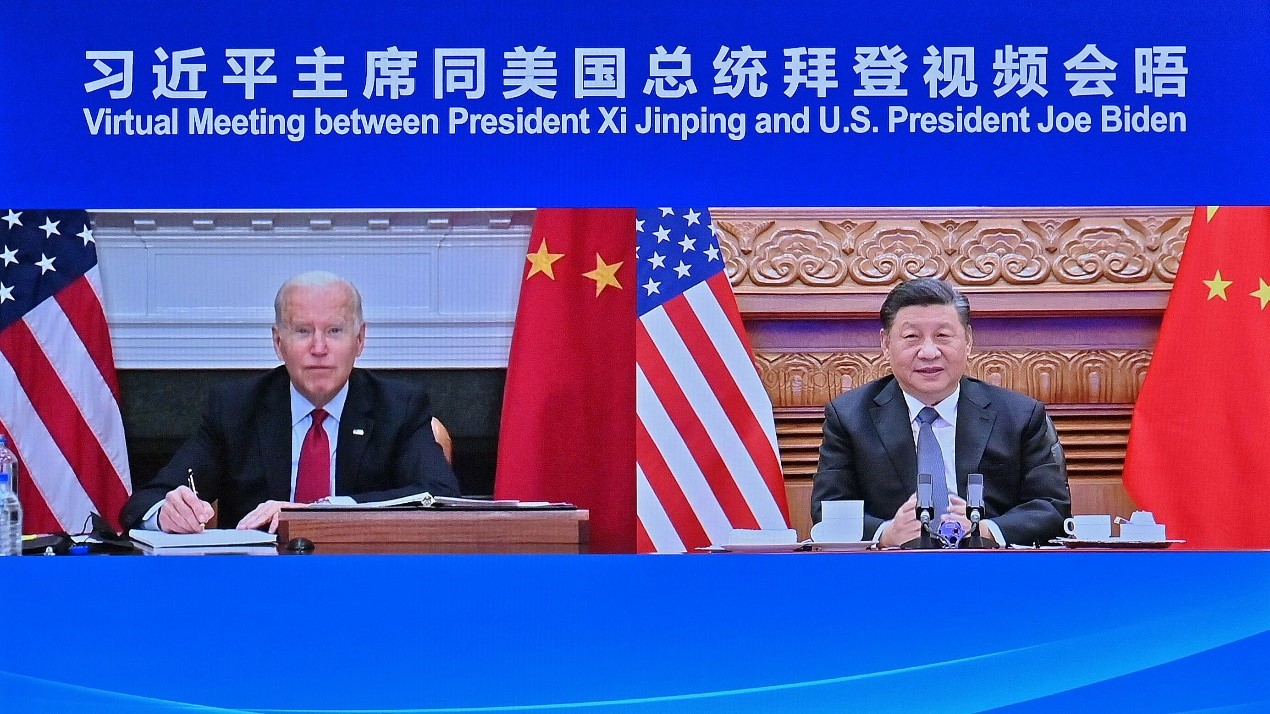 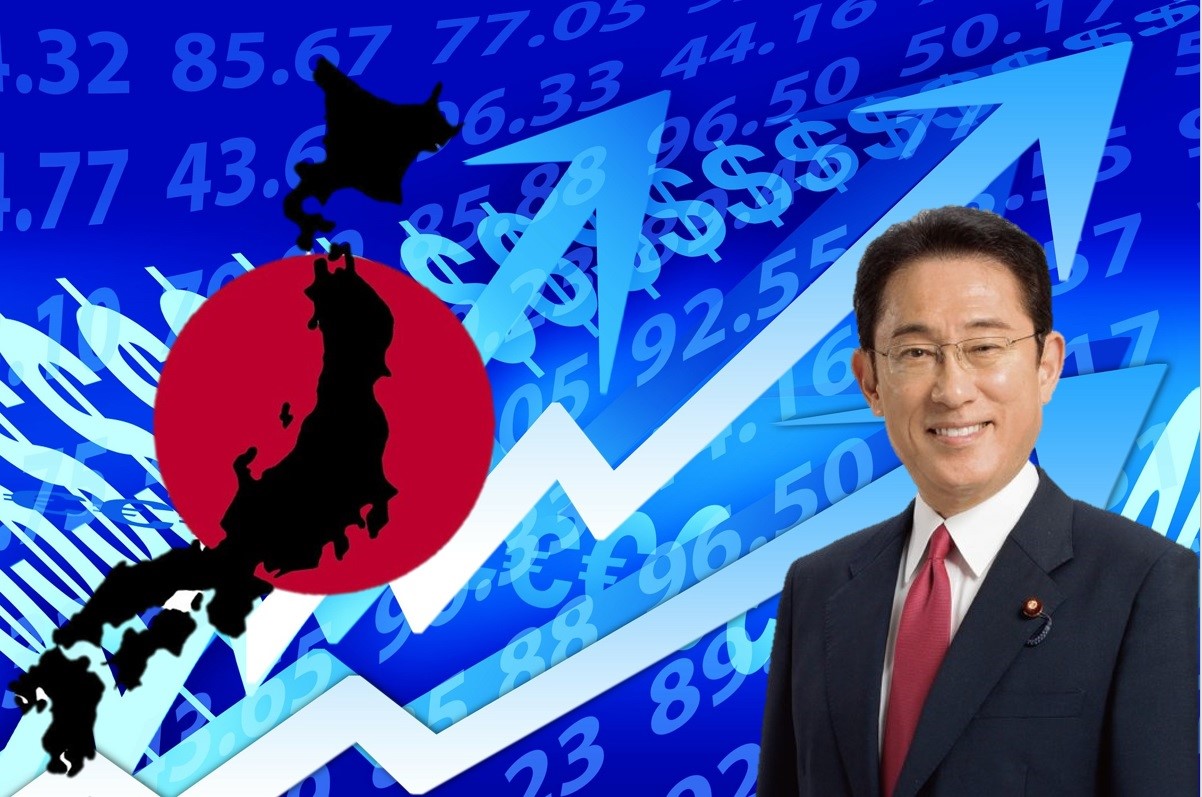 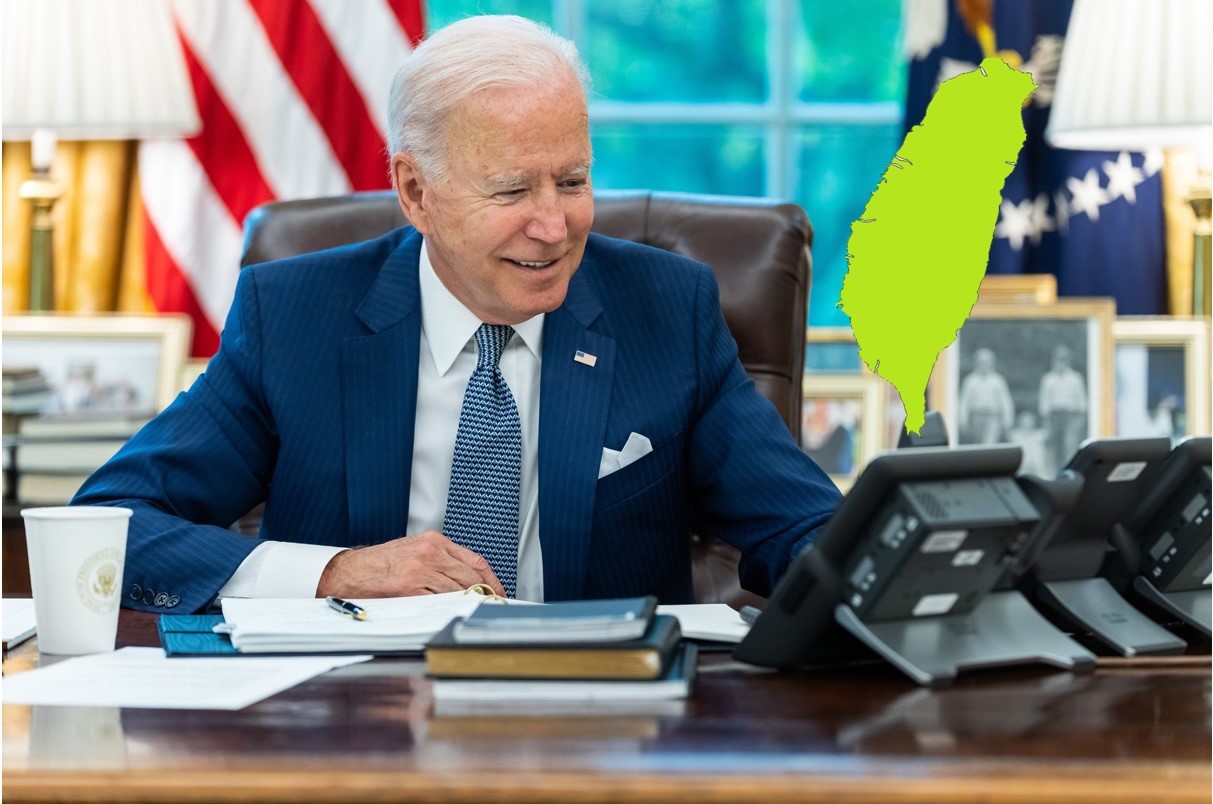 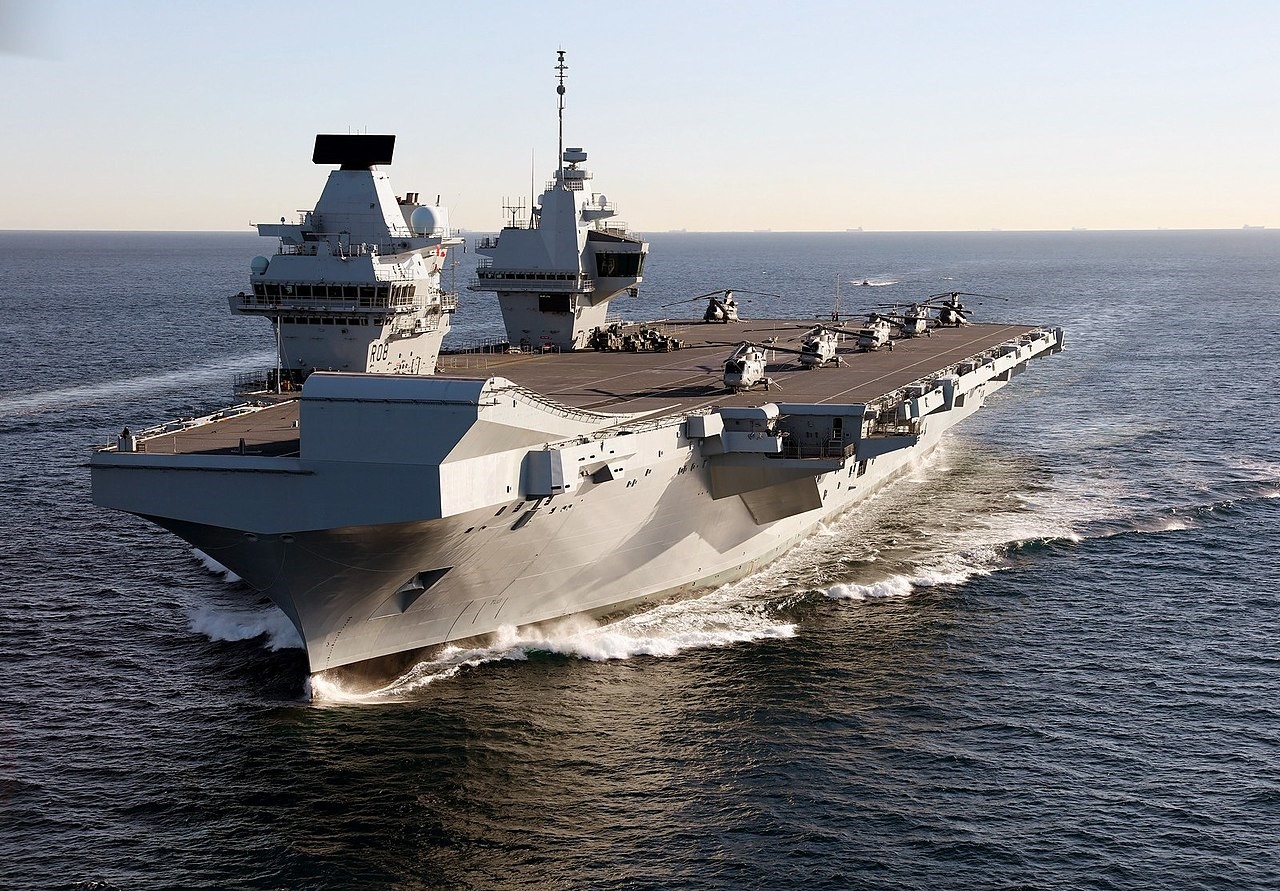 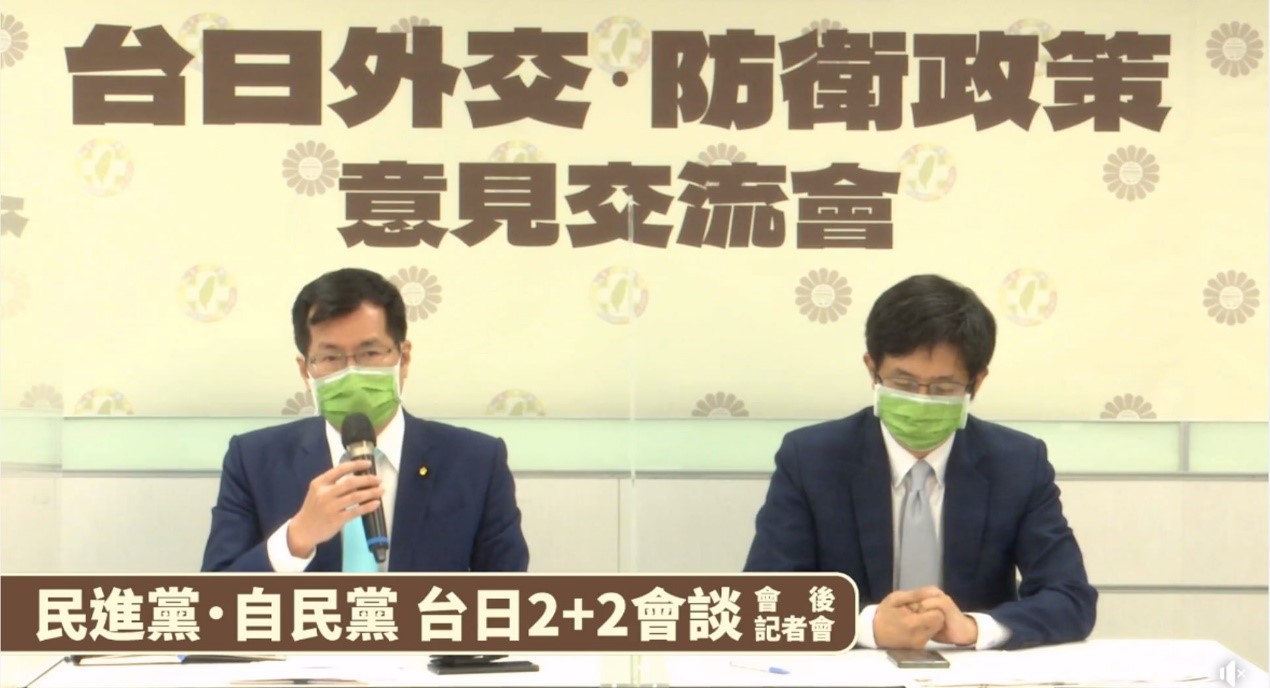 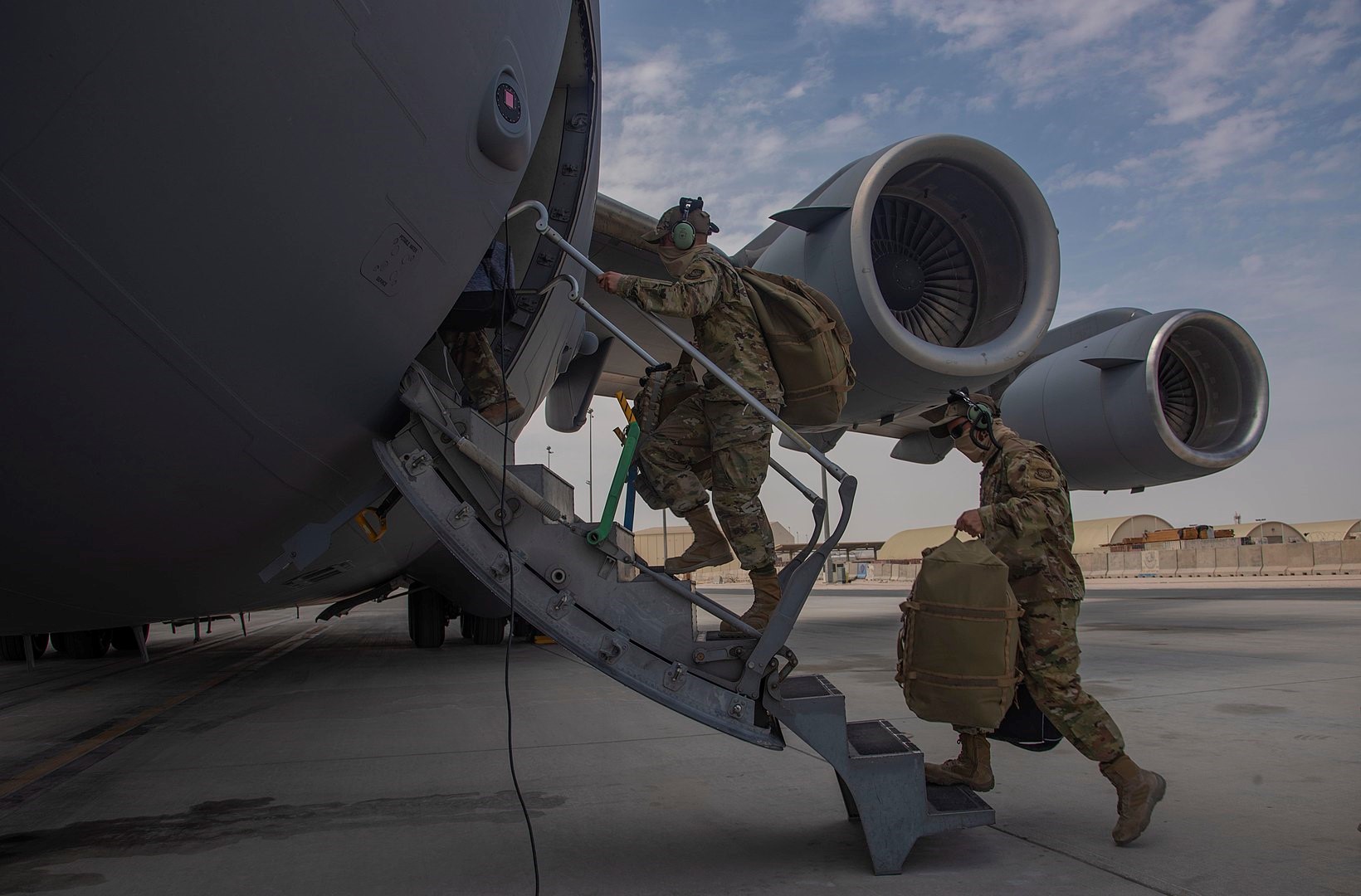